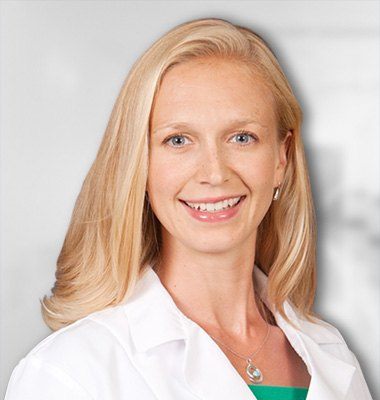 Dr. Linnea Welton is a board certified orthopaedic surgeon with dual fellowship training in the fields of hip preservation and sports medicine surgery. She is one of few surgeons who has specialized training in complex hip, knee, and shoulder arthroscopy procedures. She is one of even fewer surgeons with technical expertise in complex bony realignment procedures of the pelvis, femur and tibia.

In addition to her surgical practice, she also runs a biologic injection clinic for the management of early osteoarthritis, tendinopathies, and partial vs complete tendon tears. She understands that not all sports and hip injuries require surgical intervention.

Do not be surprised when you come to see Dr. Welton if she and her team spend over an hour with you; not only to learn about your injury, but to also learn about you as a person and how your injury affects your life. She wants to provide the very highest quality and most comprehensive care. She has personally trained her physician assistant and certified athletic trainer in the nuances of treating active patients with hip, knee and shoulder conditions – though they both came to Dr. Welton’s practice with already strong foundations in treating athletes. Together they work as a team to get you back in the game as quickly and safely as possible.

Dr. Welton is also committed to the advancement of hip preservation and sports medicine; actively participating in research, leadership, and education. Her research in the field of sports medicine and hip preservation has focused on the development of many surgical advancements; having published work in the leading orthopedic and sports medicine journals. She has similarly presented her work at many of the top conferences in the field. She continues to strive toward improving the standards in the field through continued research. She has worked as a team physician for the Women’s Reign FC and is a consulting physician for many surrounding University and High School athletic programs.

Originally from the Pacific Northwest, Dr. Welton earned her Bachelor of Arts and Bachelor of Science degrees at University of Washington. After climbing the tallest peaks in the Pacific Northwest, being a ski instructor, personal trainer, and research scientist in a lab focused on aging and lifespan extenstion, Dr. Welton decided to pursue her medical degree at University of Colorado. She completed her orthopaedic surgery residency at University of Michigan. Dr. Welton then returned to Colorado for a fellowship in Sports Medicine Surgery followed by another year of fellowship in Hip Preservation. During medical school she completed a focused certification in Global Health, working and completing a needs assessment project for a remote hospital in Uganda. In residency she helped develop the Global Health & Disparities Program for University of Michigan and received the Health Volunteers Overseas Travelling Fellowship; collaborating with surgeons, residents, and medical students in Managua, Nicaragua.

Outside of her clinical and surgical practice Dr. Welton enjoys mountaineering, rock climbing, wake surfing, back country skiing, training for triathlons and spending time with her two awesome kids and husband.